Rusting is often encountered with carbon steel, cast iron, and other metal alloys, and cookware is no exception. Almost every person who owns carbon steel or cast iron pan has noticed traces of rust on it. However, do not be in a hurry to google for a new skillet on the Internet. Removing rust from carbon steel is not such a big deal. In general, regardless of the material of your pan, the below-described recommendations will come in handy and will help you restore your favorite skillet. 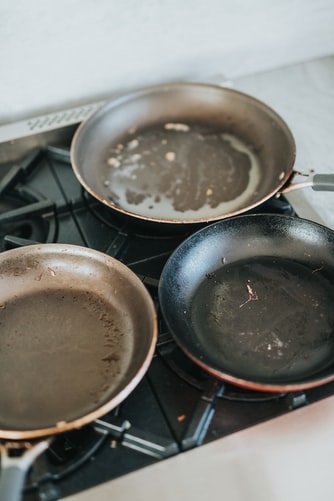 Dwell on the main reasons for the appearance of rust on cookware. Provide you with useful tips on how to restore a wok or a carbon steel skillet. There will also be steps on re-seasoning the pan so that to protect it from rust and ensure that the food will not stick to it while cooking.

So, let’s get to the point!

Many people wonder why their new cast iron cookware started to rust, or why do they suddenly have red spots? First of all, it is important to understand that cast iron is an alloy of iron with carbon, in which the carbon content is at least 2.14%. Unlike stainless steel, which is an alloy of iron and chromium with a content of at least 13%, it is carbon that gives the alloy hardness. And that is why cast iron becomes a hard and brittle alloy. At the same time, in cast iron, unlike stainless steel, there are no components that would protect the iron from corrosion. Therefore, cast iron is prone to rust. 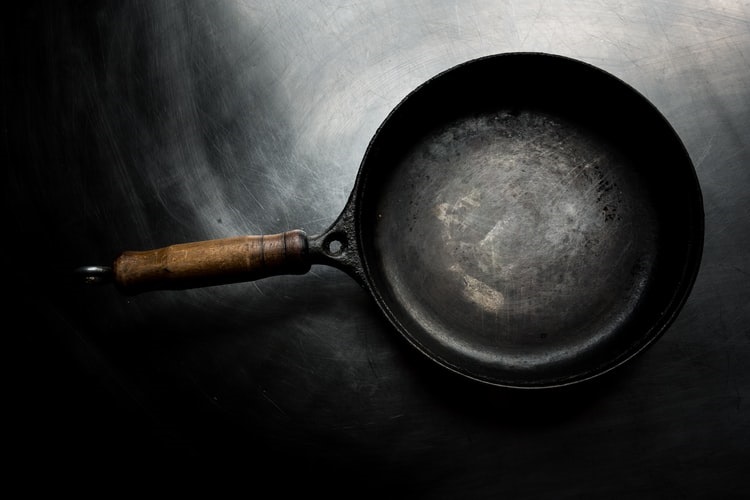 That is why seasoning is a necessary step to protect the cast iron, as well as carbon steel, pans from rusting. Even if your cookware is properly seasoned, it can be subject to the appearance of rust if:

It was left filled with water in the sink to soak, It has contacted with acidic products, It was put in a dishwasher, It was stored in an environment with high humidity.

Therefore, the appearance of rust is a matter of time since it is impossible to provide absolutely dry conditions for a pan or carbon steel or cast iron. Hence, the question of carbon steel rust removal is relevant for every owner of pans made of these materials. Let’s list the steps on how to remove rust from woks or pans made of cast iron and carbon steel.

Reddish stains that appear on the surface of the cookware due to improper care are a problem. They not only spoil the look of kitchen utensils but can also affect the body. The oxidized metal of a rusty pan itself is non-toxic, but it has a porous surface structure in which dust and microorganisms accumulate. 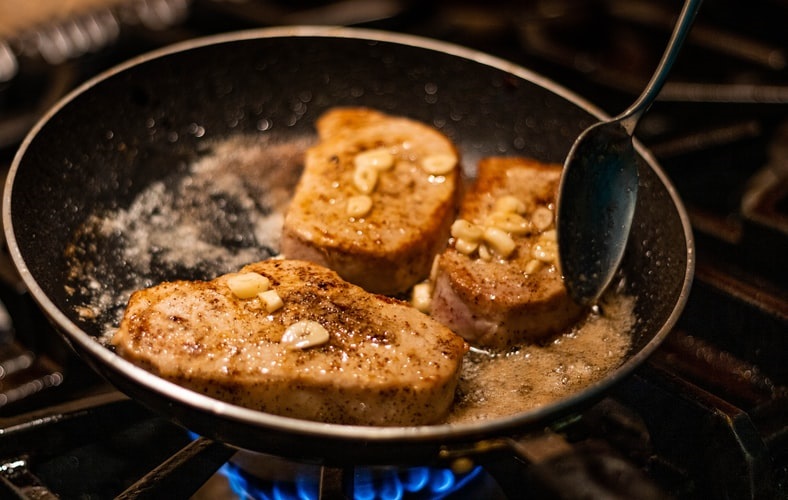 If, after storage, it is noted that the cast iron or carbon steel frying pan is rusting, immediately find out what to do since, over time, the reddish stain will increase in size. The following manipulations will help prepare the dishes for use:

1.Wash the cookware, any dish detergent is suitable for the purpose. 2.Remove all traces of oxidation with a stiff steel brush. 3.After that, carry out all the preparatory work as before using the cookware for the first time, which implies drying, heating (pre-seasoning), and seasoning.

Aggressive cleaning using harsh metal tools will remove the rust, but it will also ruin the protective seasoning oil layer. For a frying pan to serve you longer and no longer rust, it must be prepared for use as a new one.

If you are not sure how to reseason a carbon steel pan, we are going to remind you of this easy procedure.

Before you start using cast iron cookware, after the removal of rust, or before the first use, carefully and thoroughly wash it with warm water and a non-aggressive agent, you can use a sponge or brush. It is necessary to wipe it and send it to dry in the oven for about an hour at a temperature of 480 - 550 °F (ensure good ventilation in the room, new products are treated with oil in production so that the natural process of its rusting does not take place during storage and transportation). If you have not removed all the factory oil, when heated, it will emit smoke.

Using oil is a great way to create a DIY non-stick finish. This happens because oil, when heated, penetrates into the micropores, and then, when it cools, remains inside the pan. That is, with subsequent heating, the oil will protect the food from contact with microcracks in the coating. But it is best to use oils that have a high smoke point:

Put a cold frying pan on the stove, pour oil on the bottom, and start heating. When the oil begins to smoke, remove the appliance from the stove, carefully distribute the oil along the walls and leave to cool. Then wipe off the excess oil with a cloth.

So, now you know that rust on the surface of carbon steel or cast iron pan is not a big deal. Besides, the steps on how to remove rust from a pan are easy and require no excess effort. If your pan has rusted, there is no need to look for a new one. Restore your carbon steel wok or cast iron frying pan with the provided guides, and these utensils will serve you for a long time after that. The only conditions are:

not to expose it to moisture as much as it is possible, not to let it contact with aggressive substances, not to put it into a dishwasher. 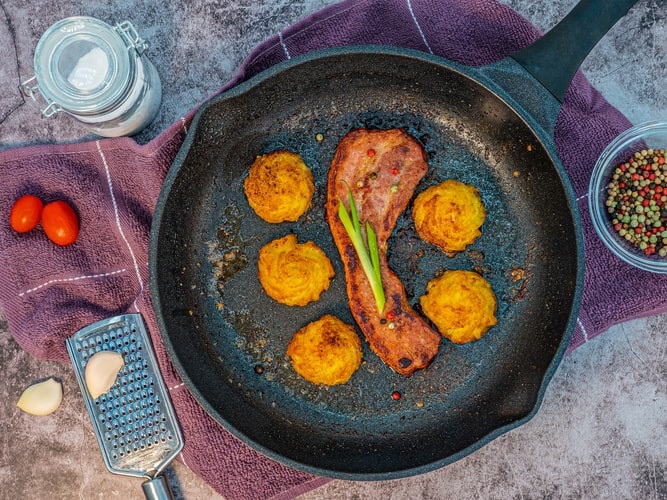 But even if anything from the above has happened, you already know how to restore your pan by removing rust from it and re-seasoning it.

How to season the WOK (advanced method)

In this video, we offer a simple and easy way with oil and vegetables. Especially good for a new wok. The vegetables will help to eliminate the metallic taste of new wok.

Skillet vs Frying Pan: What Is the Difference?

Carbon Steel: The Kitchen Investment of a Lifetime