Yosukata home page1 | Blog2 | Skillet vs Frying Pan: What Is the Difference?
3

Skillet vs Frying Pan: What Is the Difference?

If you are going to renew some of the cookware in your kitchen, you might have already checked several websites with different utensils. Have you come across any skillets, frying, and saute pans? Have you managed to distinguish the difference? In the majority of cases, skillet vs frying pans and the difference between them create confusion.

So, let’s first find out if they have got anything in common. Both skillets and frying pans have quite a lot of similar features:

Slightly sloped sides; Suitable for shallow frying only; Can be manufactured from different materials (carbon steel, cast iron, etc.); Can come with non-stick surfaces; Not complemented with lids. 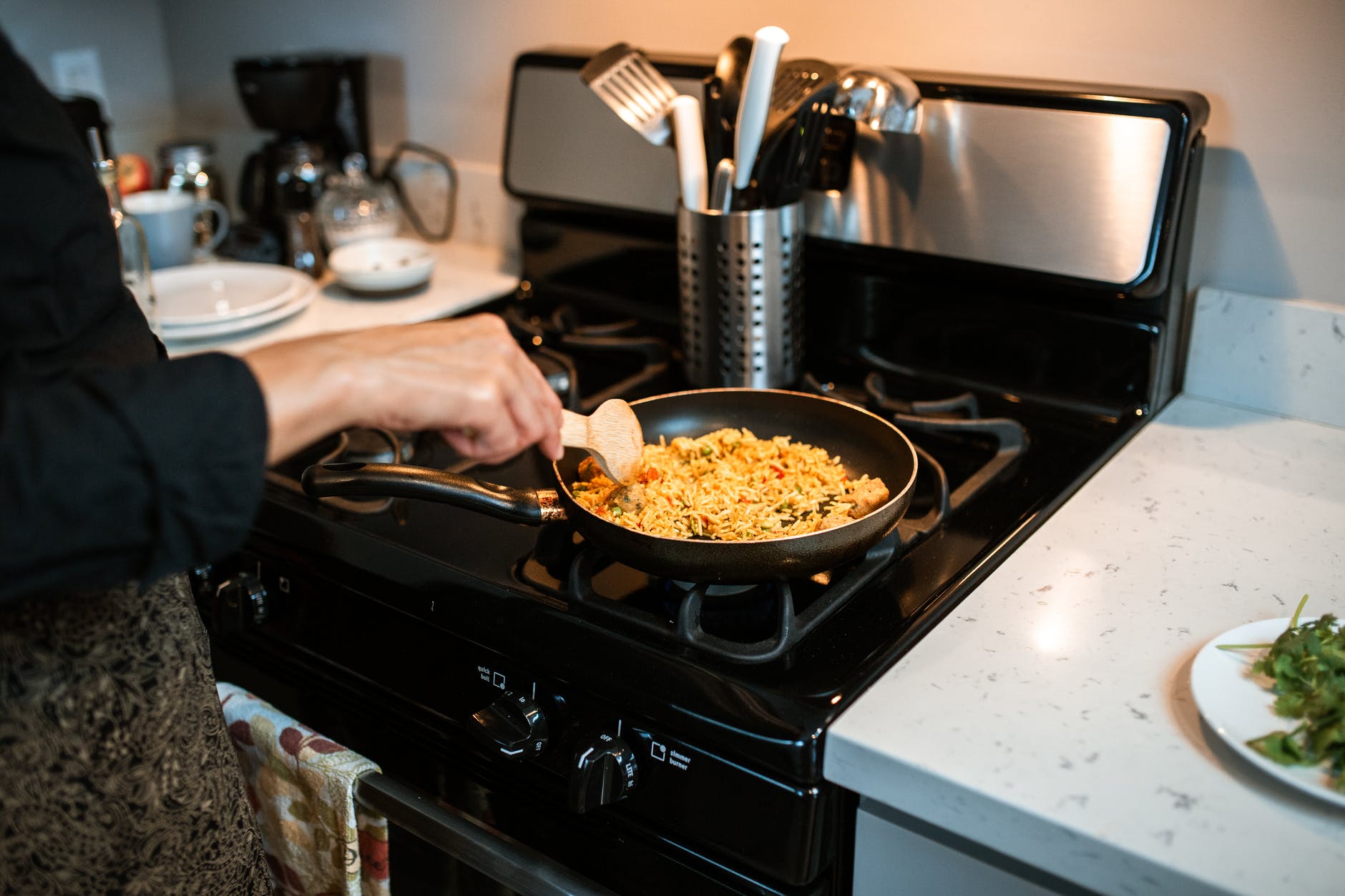 Well, there are quite a lot of similarities between the two. Are there any differences? Why is there confusion between skillets and frying pans? Let’s find out the responses to these questions.

Frying Pan and Skillets: Are They the Same?

So, let us not dive deep into the discussion of the skillets & frying pans difference because there is none. In essence, the two types of cookware are the same except for their names. The word pan stands for a variety of cooking utensils, which is not specific. After adding the determiner frying, the cookware becomes a shallow utensil with sloped sides that is usually used for frying food. 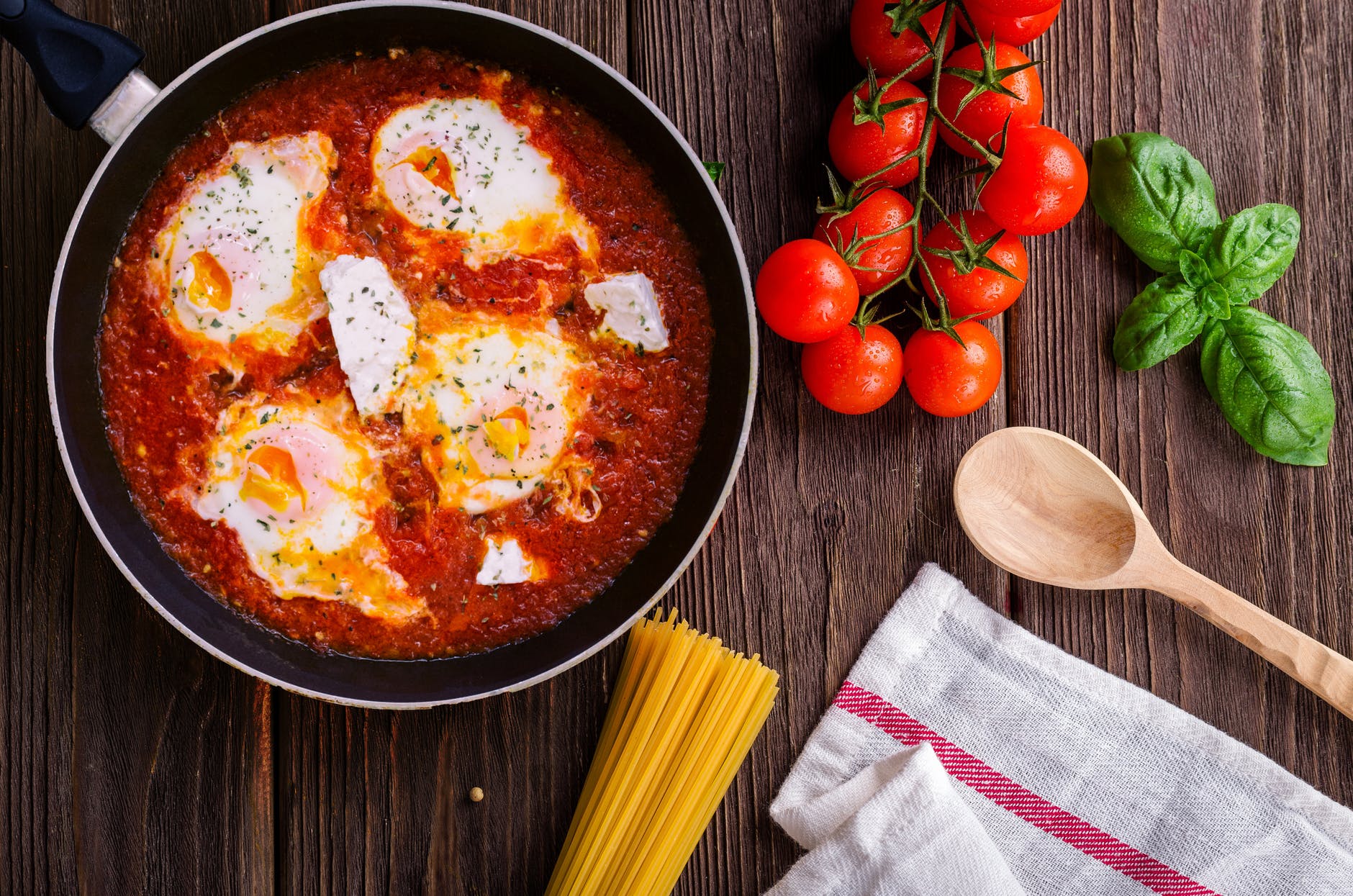 Previously the word skillet was mostly used for frying pans manufactured of cast iron. Saying skillet, people implied the one of this material. However, the phrase cast iron frying pan is also quite common. That is why the two terms have become interchangeable. Both skillets & frying pans refer to the same types of pan, and there is no need to look for features to distinguish between them.

So, both of them have:

Skillet and Frying Pan: Another Reason Caused the Confusion

We have already mentioned how the word skillet has been interchanged with the frying pan. But it is not the only reason for the appearance of the difference between a skillet and a frying pan. Some cooking enthusiasts who have tried to discover the distinction between the two think that the confusion appeared because of the generic expression for kitchen utensils, i.e., pots and pans. As already mentioned, the pan is a common word for different cookware in the kitchen that is not limited to a frying pan only. There are also:

As you can see, the variety of different pans in the kitchen is impressive. In the professional world of chefs, when they say pan, they usually imply a saute pan. The latter is not a frying pan, it has a different design and functional features.

It is logical to conclude that the confusion has appeared due to a variety of utensils and their common word (pan) in the name. While we have already determined that there is no difference between a frying pan and a skillet, let us define the difference between them and a saute pan. Hopefully, we will be able to eliminate any possible confusion in the future.

The only thing that a saute pan has with a skillet is that both of them are used for cooking on the stove. Here are the peculiarities of the saute pan design:

It is deeper than a frying pan; It has straight vertical sides; It has a long handle; It usually comes with a lid.

So, you have already imagined the saute pan and might have understood that this utensil is suitable for holding larger volumes of food in it, limiting the cooker’s access with a spatula, and preventing the contents from spilling. The lid prevents moisture from evaporating. Thus, a saute pan is a great option for cooking slowly such dishes as sauces, as well as for shallow-frying, braising, searing, poaching, and pan-frying.

While after determining the main features of skillets and frying pans, it has become clear that the skillet vs frying pan difference does not exist; it is not that simple with a saute pan. While its design is different from a skillet, it is still widely used and has a lot of possible applications in the kitchen. When should you use a saute pan? When is a skillet a better choice? Let’s find the answer.

It is true that you can use a saute pan for making a pancake, while a skillet can be utilized to stew a sauce at a low temperature. But the main question here is why would you if there is a special utensil for a specific task? Taking into account the versatility of use of both skillets and saute pans, it is worth paying attention to your needs in the process of cooking, in particular:

So, if you need to prepare slowly stirring the liquid sauce or broth, then the deep flat-bottom saute pan is a proper choice thanks to its design and the lid coming with it.

On the contrary, for fast cooking of meat at high temperatures, searing of meat, or for foods that require constant stirring and flipping (hence, permanent access to a spatula is a must), choose a frying pan.

Summing up, we have outlined the differences and similarities of several types of cookware. Now, you will not confuse saute pans, frying pans or skillets. Besides, you have learned the main cooking applications of these three types of utensils. 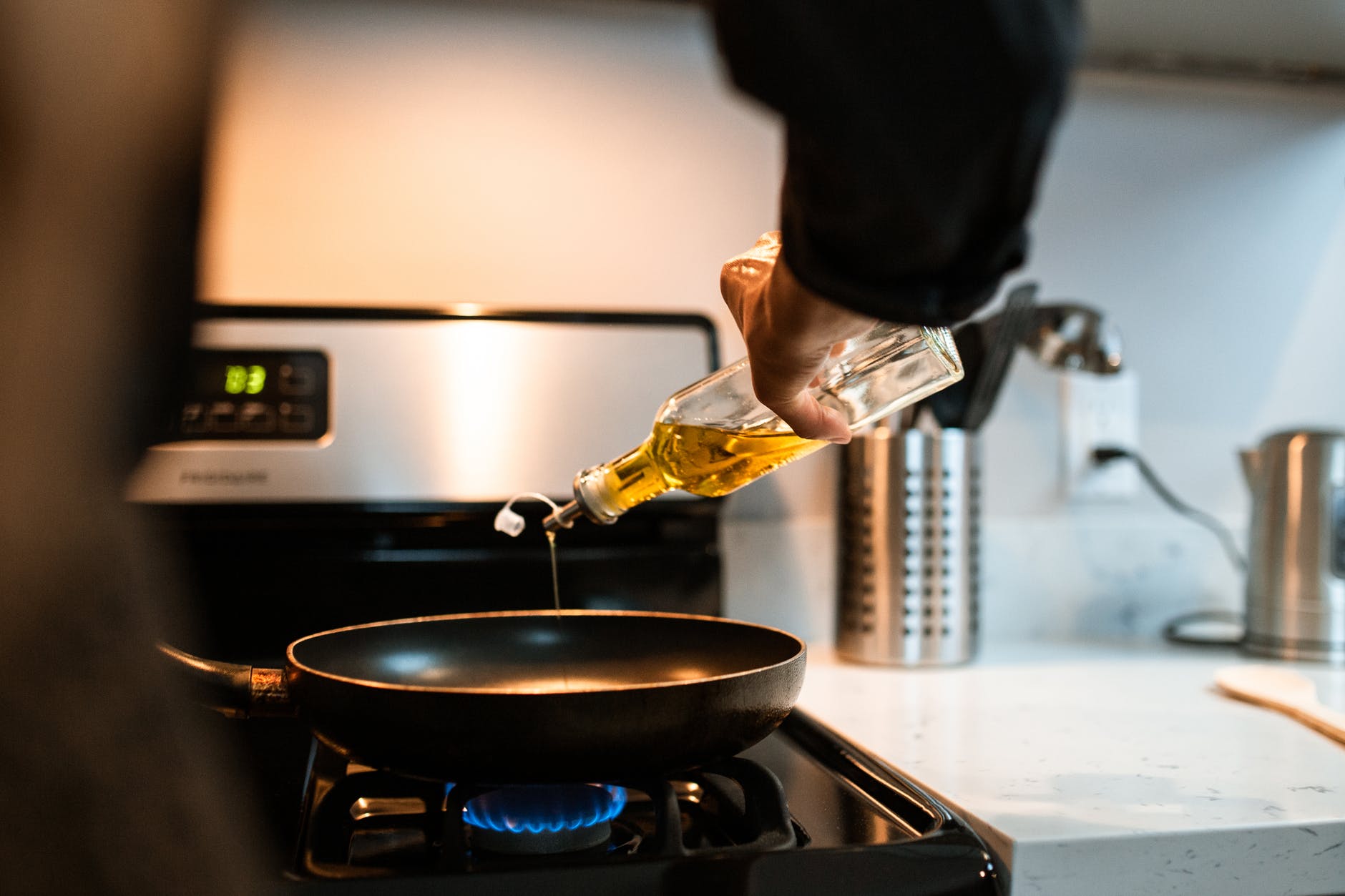 And of course, there is no recipe and no guide that should tell you which pan to use or how to cook the dish. However, undeniably, the choice of a utensil recommended in a recipe will let you prepare a dish that will be both delicious and tasty.

How to season a WOK (professional method)

In this video, we offer a professional way of seasoning a new wok at home. Exclusively, enjoy the thermal view of the process.

Wok: All You Need to Know About This Cookware